Study based on data from the National Food, Nutrition and Physical Activity Survey, 2015-2016 de Atividade Física (IAN-AF) awarded at the Portuguese Congress on Obesity 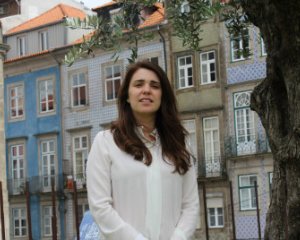 Study based on data from the National Food, Nutrition and Physical Activity Survey, 2015-2016 de Atividade Física (IAN-AF) awarded at the Portuguese Congress on Obesity

Andreia Oliveira, researcher of the Epidemiology Research Unit (EPIUnit) of the Instituto de Saúde Pública da Universidade do Porto (ISPUP), was awarded in the 21st Portuguese Congress on Obesity, in the category called "Obesity and Comorbidities", for a work that estimated, for the first time, the prevalence of obesity in all age groups of the Portuguese population.

The study, based on data from the National Food, Nutrition and Physical Activity Survey, 2015-2016, evaluated the prevalence of general obesity (body mass index) and abdominal obesity (waist circumference) of the Portuguese population, from children to the elderly.

The results show that 22% of Portuguese are obese and 34% are pre-obese (a state in which an individual is already at risk of developing obesity). "Adding the two values, six out of 10 Portuguese (60% of the population) are pre-obese or obese", says Andreia Oliveira, the first author of the study, coordinated by Carla Lopes.

Analyzing the data by sex, age group and level of education, obesity was found to be significantly higher in women, in the elderly and in less educated individuals, which makes them risk groups.

Regarding abdominal obesity, defined as the ratio between waist circumference and perimeter of the hip, and calculated only for the adult population, men were found to be the most affected, particularly the elderly.

"With this study, we have been able to see the gradual increase in obesity with age. We noticed that in children and adolescents there is already a very considerable percentage of pre-obesity (17% and 24%, respectively), and that values increase in adults and increase even more in the elderly", says the researcher. "We know that the prevalence of obesity is increasing considerably worldwide. In a few years, the situation could become chaotic. If pre-obesity and obesity levels are already so high at an early age, in the future, the percentage of obese children and young people may be even higher, as we know that there is a high probability of an obese child becoming an obese adult", she says.

"And this situation is doubly problematic, because obesity is a risk factor for the development of several other diseases, such as cancer, cardiovascular diseases and also psychological pathologies. In terms of public health, it is a serious problem with great prevalence in our country", she adds.

The research also allowed us to identify points of change to try to intervene later. "We observed that at age 15 there is a turning point in the prevalence of obesity, that is, it decreases in the previous years, and at this age it begins to increase. Adolescence is in fact the age range that seems to present worse indicators, especially a low consumption of fruit and vegetables, a high intake of soft drinks and physical inactivity, based on the results of the same survey".

At the level of specific interventions, Andreia Oliveira says that "there are already many programs/strategies that are being studied and implemented, such as, for example, changing food availability, taxing sugary drinks and creating infrastructures for physical activity”. She also stresses that we should bet on "more structural programs and stronger legislation".

The work entitled “Prevalence of general and abdominal obesity in Portugal: comprehensive results from the National Food, Nutrition and Physical Activity Survey 2015-2016” was awarded on November 26, 2017, during the closing ceremony of the 21st Portuguese Congress on Obesity. The researchers Joana Araújo, Milton Severo, Daniela Correia, Elisabete Ramos, Duarte Torres and Carla Lopes also participated in the study.

You may find the original article here